A Murder in Amish Ohio: The Martyrdom of Paul Coblentz (True Crime) 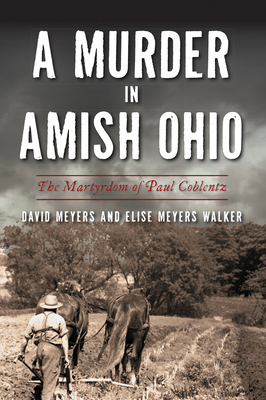 A Murder in Amish Ohio: The Martyrdom of Paul Coblentz (True Crime)

By  David Meyers , Elise Meyers Walker
Paperback
$ 21.99
Out of Stock In Store

In the summer of 1957, a young Holmes County farmer was gunned down in cold blood. There was little to distinguish this slaying from hundreds of others throughout the United States that year except for one detail: Paul Coblentz was Amish. A committed pacifist, Coblentz would not raise a hand against his killers. As sensational crimes often do, the Amish murder opened a window into the private lives of the young man, his family and his community--a community that in some respects remains as enigmatic today as it was more than half a century ago. Authors of Wicked Columbus, Ohio's Black Hand Syndicate and others, David Meyers and Elise Meyers Walker unravel the intricacies surrounding one of Ohio's most intriguing murder cases.