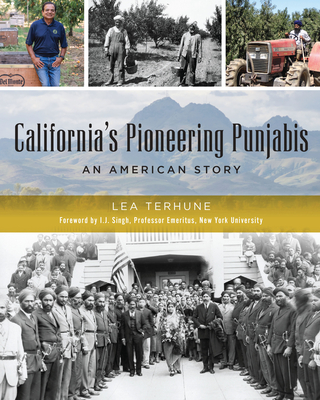 At the turn of the 19th and 20th centuries, adventurous travelers left the Punjab in India to seek their fortune in California and beyond. Laboring in farms, fields and orchards for low wages while enduring racial discrimination, they strove to put down roots in their new home. Bhagat Singh Thind, an immigrant who served in the United States Army, had his citizenship granted and revoked twice before a 1936 law expanded naturalization to all World War I veterans, regardless of race. Dalip Singh Saund obtained a master's degree and doctorate in mathematics from UC Berkeley only to return to farming when no one would hire him. In 1956, Saund went on to become the first Asian elected to the U.S. Congress. Ethnic South Asians are now found in every trade and profession in the United States, including the Office of the Vice President. Descendants of the first Punjabi immigrants from Yuba City to the Imperial Valley still farm, adding to the rich tapestry of the Central Valley.

Author Lea Terhune recounts the risks, setbacks and persistence of the people who achieved their American dreams.