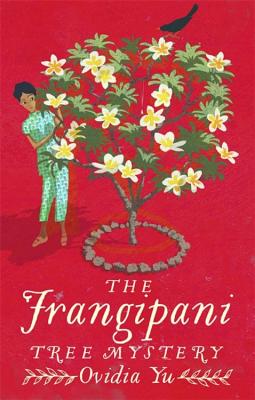 First in a delightfully charming crime series set in 1930s Singapore, introducing amateur sleuth Su Lin, a local girl stepping in as governess for the Acting Governor of Singapore.

1936 in the Crown Colony of Singapore, and the British abdication crisis and rising Japanese threat seem very far away. When the Irish nanny looking after Acting Governor Palin's daughter dies suddenly - and in mysterious circumstances - mission school-educated local girl Su Lin - an aspiring journalist trying to escape an arranged marriage - is invited to take her place.

But then another murder at the residence occurs and it seems very likely that a killer is stalking the corridors of Government House. It now takes all Su Lin's traditional skills and intelligence to help British-born Chief Inspector Thomas LeFroy solve the murders - and escape with her own life.

'Simply glorious. Every nook and cranny of 1930s Singapore is brought richly to life, without ever getting in the way of a classic puzzle plot. But what's a setting without a jewel? Chen Su Lin is a true gem. Her slyly witty voice and her admirable, sometimes heartbreaking, practicality make her the most beguiling narrator heroine I've met in a long while.'Catriona McPherson

'Charming and fascinating with great authentic feel. Ovidia Yu's teenage Chinese sleuth gives us an insight into a very different culture and time. This book is exactly why I love historical novels.'Rhys Bowen