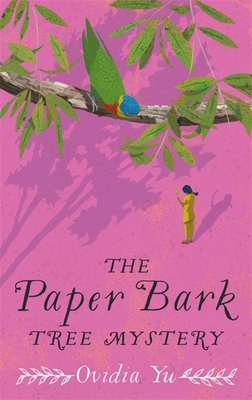 'Simply glorious. Every nook and cranny of 1930s Singapore is brought richly to life' CATRIONA MCPHERSON

'One of the most likeable heroines in modern literature' SCOTSMAN
_________

Su Lin is doing her dream job: assistant at Singapore's brand new detective agency. Until Bald Bernie decides a 'local girl' can't be trusted with private investigations, and replaces her with a new secretary - pretty, privileged, and white. So Su Lin's not the only person finding it hard to mourn Bernie after he's found dead in the filing room. And when her best friend's dad is accused, she gets up to some sleuthing work of her own in a bid to clear his name.

Su Lin finds out that Bernie may have been working undercover, trading stolen diamonds for explosives from enemy troops. Was he really the upright English citizen he claimed to be?

Meanwhile, a famous assassin commits his worst crime yet, and disappears into thin air. Rumours spread that he may be dangerously close to home.

Beneath the stifling, cloudless Singaporean summer, earthquakes of chaos and political unrest are breaking out. When a tragic loss shakes Su Lin's personal world to its core, she becomes determined to find the truth. But in dark, hate-filled times, truth has a price - and Su Lin must decide how much she's willing to pay for it.
_________

'Chen Su Lin is a true gem. Her slyly witty voice and her admirable, sometimes heartbreaking, practicality make her the most beguiling narrator heroine I've met in a long while' Catriona McPherson

'Charming and fascinating with great authentic feel. Ovidia Yu's teenage Chinese sleuth gives us an insight into a very different culture and time. This book is exactly why I love historical novels' Rhys Bowen

'A wonderful detective novel . . . a book that introduces one of the most likeable heroines in modern literature and should be on everyone's Must Read list' Scotsman