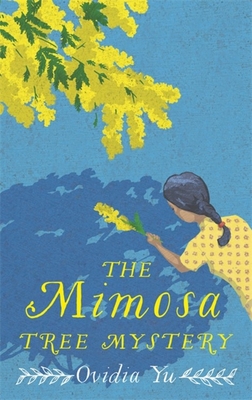 LONGLISTED FOR THE CWA HISTORICAL DAGGER

'Simply glorious. Every nook and cranny of 1930s Singapore is brought richly to life' CATRIONA MCPHERSON

'One of the most likeable heroines in modern literature' SCOTSMAN
_________

Mirza, a secretive neighbour of the Chens in Japanese Occupied Singapore, is a known collaborator and blackmailer. So when he is murdered in his garden, clutching a branch of mimosa, the suspects include local acquaintances, Japanese officials -- and his own daughters.

Su Lin's Uncle Chen is among those rounded up by the Japanese as reprisal. Hideki Tagawa, a former spy expelled by police officer Le Froy and a power in the new regime, offers Su Lin her uncle's life in exchange for using her fluency in languages and knowledge of locals to find the real killer.

Su Lin soon discovers Hideki has an ulterior motive. Friends, enemies and even the victim are not what they seem. There is more at stake here than one man's life. Su Lin must find out who killed Mirza and why, before Le Froy and other former colleagues detained or working with the resistance suffer the consequences of Mirza's last secret.
_________

'Chen Su Lin is a true gem. Her slyly witty voice and her admirable, sometimes heartbreaking, practicality make her the most beguiling narrator heroine I've met in a long while' Catriona McPherson

'Charming and fascinating with great authentic feel. Ovidia Yu's teenage Chinese sleuth gives us an insight into a very different culture and time. This book is exactly why I love historical novels' Rhys Bowen

'A wonderful detective novel . . . a book that introduces one of the most likeable heroines in modern literature and should be on everyone's Must Read list' Scotsman