Mary Queen of Scots' Downfall: The Life and Murder of Henry, Lord Darnley 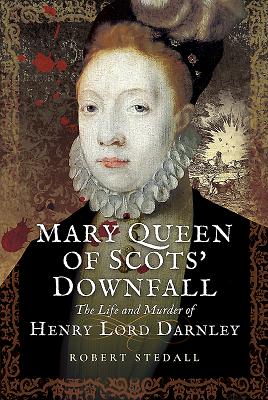 Mary Queen of Scots' Downfall: The Life and Murder of Henry, Lord Darnley

In the early hours of 10 February 1567 a large explosion ripped through the Provosts lodgings at Kirk o' Field, Edinburgh, where Mary Queen of Scotland's consort, Henry Lord Darnley, was staying. Darnley's body was found with that of his valet in a neighboring garden the next morning. The Queen's husband had been murdered and the ramifications for Mary and Scottish history would be far-reaching. Lord Darnley cuts an infamous figure in Scottish and Tudor history. In life, he proved a controversial character, and his murder at Kirk o' Field in 1567 remains one of British history's great, unsolved mysteries - solving whether Mary was implicated has taxed historians ever since. In this engaging and well-researched biography, Robert Stedall reexamines Darnley's life and his murder. It is not to be missed; his investigation brings new light and compelling conclusions to a story surrounded by political betrayal, murder, falsified evidence and conspiracy.