The Madwoman in the Volvo (Modern Plays) 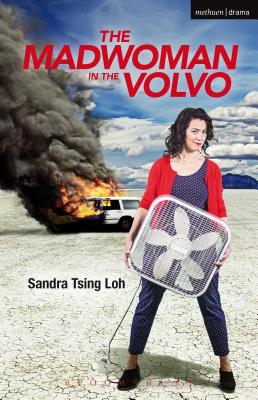 The Madwoman in the Volvo (Modern Plays)

I don't remember exactly when my formerly charming, humorous, omnipotent mother, who would swim a mile out into the ocean to get your beach ball in choppy seas, did the great recede. But she was a tide gradually but
irrevocably washing out, she retreated, she receded, she drifted away, and there was nothing anybody could do about it.

As for Loh and her female friends, they are determined not to go quietly into their sixth decade, but instead opt for a desert festival of debauchery and half-nude stoners. Based on her acclaimed memoir of the same title that Booklist calls "hilarious, comforting and enlightening", Loh's play is a hilarious, provocative, often moving consideration of what it is to be a woman in a society that values and reveres youth. The Mad Woman in the Volvo received its world premiere on 3 January 2016 at South Coast Repertory, California.

Sandra Tsing Loh is the author of the The Madwoman in the Volvo: My Year of Raging Hormones, selected as one of the New York Times 100 Notable Books of 2014. Her previous book, Mother on Fire, was inspired by her solo show about Los Angeles public education. During that time, she was named one of the 50 most influential comedians by Variety. Her other solo shows include Aliens in America and Bad Sex With Bud Kemp (both off-Broadway at Second Stage Theatre), Sugar Plum Fairy (Geffen Playhouse, Seattle Repertory) and I Worry (The Kennedy Center, Actor's Theatre of Louisville). Her short story, My Father's Chinese Wives, won a Pushcart Prize in 1996, and is also featured in the Norton Anthology of Modern Literature. Loh's previous books include A Year in Van Nuys, Aliens in America, Depth Takes a Holiday, and a novel, If You Lived Here, You'd Be Home By Now, which was named by the Los Angeles Times as one of the 100 best fiction books of 1998.