Hardy, Conrad and the Senses 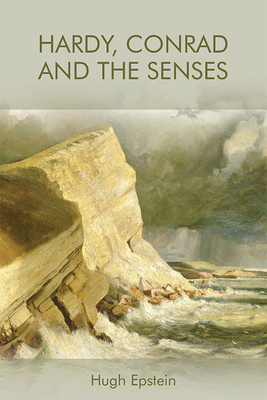 Hardy, Conrad and the Senses

This book reads the highly descriptive impressionist writings of Hardy and Conrad together in the light of a shared attention to sight and sound. With a focus on nature and the environment, Hugh Epstein analyses thirteen of these powerful works in the historical company of contemporary discussions in Victorian science. He takes them beyond their 'Victorian' and 'Modernist' labels to show how vivid and urgent these novels are for the modern reader.

Dr Hugh Epstein is a retired college lecturer and the current Secretary of the Joseph Conrad Society. His most recent publications include Joseph Conrad, Nostromo, Critical Introduction and Notes for the Cambridge Edition of the Works of Joseph Conrad, (C.U.P., commissioned and forthcoming), 'Conrad and Nature, 1900-1904', in Conrad and Nature, (Routledge, 2018), and 'A Transmissive Medium: Atmosphere in Hardy's Novels', The Thomas Hardy Journal XXXII (Autumn 2016), 11-28.