Reading, Writing, and Revolution: Escuelitas and the Emergence of a Mexican American Identity in Texas 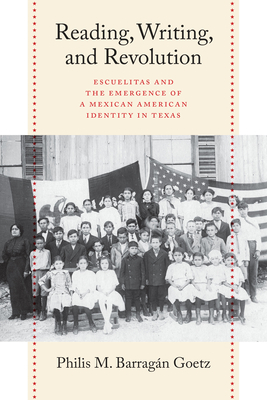 Reading, Writing, and Revolution: Escuelitas and the Emergence of a Mexican American Identity in Texas

Language has long functioned as a signifier of power in the United States. In Texas, as elsewhere in the Southwest, ethnic Mexicans' relationship to education--including their enrollment in the Spanish-language community schools called escuelitas--served as a vehicle to negotiate that power. Situating the history of escuelitas within the contexts of modernization, progressivism, public education, the Mexican Revolution, and immigration, Reading, Writing, and Revolution traces how the proliferation and decline of these community schools helped shape Mexican American identity.

Philis M. Barrag n Goetz argues that the history of escuelitas is not only a story of resistance in the face of Anglo hegemony but also a complex and nuanced chronicle of ethnic Mexican cultural negotiation. She shows how escuelitas emerged and thrived to meet a diverse set of unfulfilled needs, then dwindled as later generations of Mexican Americans campaigned for educational integration. Drawing on extensive archival, genealogical, and oral history research, Barrag n Goetz unravels a forgotten narrative at the crossroads of language and education as well as race and identity.