River of Time: My Descent Into Depression and How I Emerged with Hope 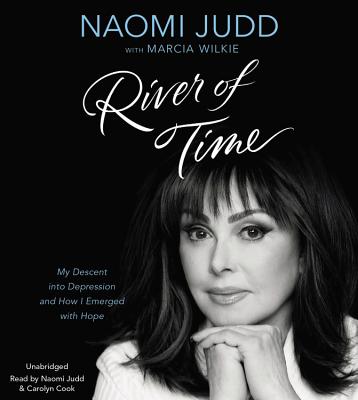 River of Time: My Descent Into Depression and How I Emerged with Hope

Bestselling author and Grammy-winning musical superstar Naomi Judd shares her devastating personal story with depression to spread awareness and encourage others with the disease.

The world knows Naomi Judd as one of the most successful and best-loved country music stars ever. What the world doesn't know--until now--is that after her 2010 and 2011 North American tour with Wynonna, Naomi fell into a debilitating and terrifying depression that seemingly came out of nowhere. Just months after the successful tour ended, Naomi truly believed she had every reason to end her life. Facing severe depression, terrorizing panic attacks, PTSD, toxic drug poisoning, and addiction, she spent the next two and a half years in psychiatric hospitals undergoing treatments and searching for answers. In River of Time, Naomi describes the agonizing toll this took on her and shares her message of hope after surviving the most painful period in her life.