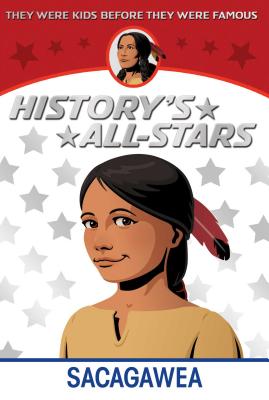 Learn about the childhood of Sacagawea, one of the first female all-stars in American history—and honored in US currency on the dollar coin.

Sacagawea was a Lemhi Shoshone woman who accompanied the Lewis and Clark Expedition, acting as an interpreter and guide, in their exploration of the Western United States. She traveled thousands of miles from North Dakota to the Pacific Ocean between 1804 and 1806 and greatly contributed to the process of peace negotiations and navigation.

In this narrative biography you’ll learn about Sacagawea’s childhood and how her early experiences equipped her to play an influential role in American history.

Flora Warren Seymour (1888–1948) was an attorney and writer who was the first woman member of the Board of Indian Commissioners. Flora Warren was born in Cleveland, Ohio, and received a BA from George Washington University. She was working for the United States government at the time of her marriage to George Steele Seymour in 1915, who was also a writer. With her husband, she helped found the Order of Bookfellows, and also published and edited the monthly magazine The Step-Ladder.