Obsessed: A Memoir of My Life with OCD 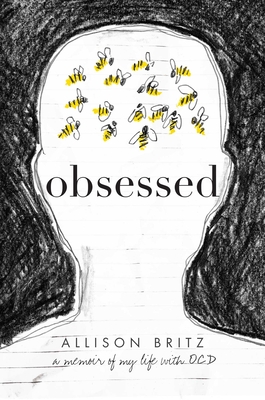 Obsessed: A Memoir of My Life with OCD

By  Allison Britz
Paperback
$ 12.99
Out of Stock In Store (Available to Order)

A brave teen recounts her debilitating struggle with obsessive-compulsive disorder—and brings readers through every painful step as she finds her way to the other side—in this powerful and inspiring memoir.

Until sophomore year of high school, fifteen-year-old Allison Britz lived a comfortable life in an idyllic town. She was a dedicated student with tons of extracurricular activities, friends, and loving parents at home.

But after awakening from a vivid nightmare in which she was diagnosed with brain cancer, she was convinced the dream had been a warning. Allison believed that she must do something to stop the cancer in her dream from becoming a reality.

It started with avoiding sidewalk cracks and quickly grew to counting steps as loudly as possible. Over the following weeks, her brain listed more dangers and fixes. She had to avoid hair dryers, calculators, cell phones, computers, anything green, bananas, oatmeal, and most of her own clothing.

Unable to act “normal,” the once-popular Allison became an outcast. Her parents questioned her behavior, leading to explosive fights. When notebook paper, pencils, and most schoolbooks were declared dangerous to her health, her GPA imploded, along with her plans for the future.

Finally, she allowed herself to ask for help and was diagnosed with obsessive-compulsive disorder. This brave memoir tracks Allison’s descent and ultimately hopeful climb out of the depths.

Allison Britz graduated with her BA and MA from Wake Forest University. When not spending all of her money on books, she enjoys cooking, three-day weekends, arguing with her OCD, and extensive Netflix binges. She lives in Manhattan with her husband and their dog. Obsessed is her first book.