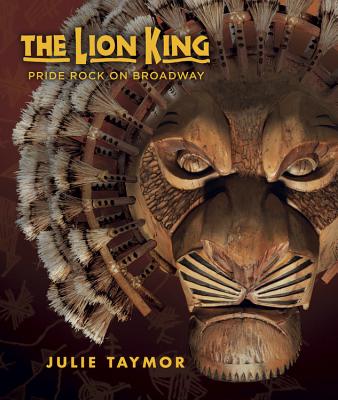 The Lion King debuted on July 8, 1997 at the Orpheum Theatre in Minneapolis and was an instant success before premiering at the New Amsterdam Theatre on November 13, 1997.
It is Broadway's highest grossing production of all time, having grossed more than $1 billion. The show won six 1998 Tony Awards, including Best Musical and Best Direction of a Musical, making Julie Taymor the first woman in theatrical history bestowed with the honor.
In this updated redesigned edition of her book originally published in 1998. Taymor has a chance to reflect on her 20-year journey with this beloved show. Featuring all of the original behind-the-scenes text and imagery photographed during the building of sets and rehearsals and costume creation, Pride Rock on Broadway is an important volume for theater fans, Disney fans, and Taymor fans alike.
Searching for that perfect gift for the Broadway fan in your life? Explore more from Disney Editions:

Julie Taymor is a director of theater, opera, and film. Taymor was the first woman to receive a Tony Award for best director when she won for The Lion King in 1998. Taymor has received many accolades from critics, and she has earned two Tony Awards, the Drama Desk Award, an Emmy Award, and an Academy Award nomination for Original Song. She also received the 2012 Director Award for Vision and Courage from Barnard College, Her other notable projects include the films Frida, The Tempest Across the Universe, and A Midsummer Night's Dream. In addition to The Lion King, her theater projects include The Green Bird, The Magic Flute, Taming of the Shrew and Juan Darien.