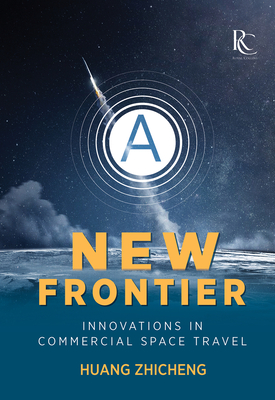 Through an analysis of developments in the aerospace industry, this book describes a new era characterized by full commercialization, military-civilian integration, and innovation. It focuses on how to cultivate disruptive aerospace technologies, offering a detailed explanation of the progress of commercial satellite remote sensing, satellite Internet constellations, commercial launch vehicles, and space-earth shuttle systems. Finally, based on the experience of foreign commercial aerospace, it discusses the opportunities and challenges facing the development of commercial aerospace in China. This book is suitable for scientists, managers, teachers, students, and space enthusiasts who are interested in the development of aerospace.

Huang Zhicheng is an aerodynamicist, aerospace technology expert, and technical critic. He has been engaged in aerodynamics and aerospace development strategy research for many years, and has made important contributions to the construction of China's large-scale test bases, the demonstration of manned space programs, and the development of new spacecraft. In the past ten years, he has been engaged in research in macro-science fields such as science, technology, and society (STS). His publications include Aerospace Aerodynamics, Hyperonic Vehicle Aerodynamics, etc.