The Cosmic Cancer: Effects of Human Behavior on the Life of Our Planet 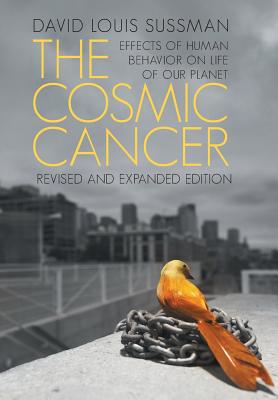 The Cosmic Cancer: Effects of Human Behavior on the Life of Our Planet

By  David Louis Sussman
Hardcover
$ 34.95
Out of Stock In Store (Available to Order)

Planet Earth continues to creep to the edge of an abyss, and we have no one to blame but ourselves. As we've evolved, we've engaged in egregious behaviors without thinking about the consequences. Whether it's reproducing in large numbers, killing off other species or exploiting natural resources, we've failed to consider the impact of our actions. David Louis Sussman, a lifelong environmentalist, examines our missteps and suggests how we might alter our approach to boost the chances for survival for ourselves and other living things. He explores topics such as: - free will and how it can be a polarizing force; - sexual repression and its destabilizing consequences; - missteps by religious leaders and politicians; - structuring democracy on the basis of rights rather than responsibilities. The rate of extinction of other species is now greater than it has been since the disappearance of the dinosaurs 60 million years ago. There is little doubt that we are the culprits, and we could be next. Our collective decisions have brought about colossal changes in the planet we inherited, and we need to act now to provide future generations with a fighting chance of defeating The Cosmic Cancer.