The Promise of Lost Things 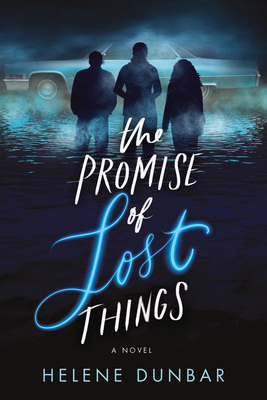 The Promise of Lost Things

By  Helene Dunbar
Paperback
$ 10.99
Likely On Our Shelves

A medium desperate to save his town, a grieving brother wanting revenge, and a girl who's decided to end ghosts once and for all, converge in the town of St. Hilaire, where the spirits of the dead roam the streets and there's no such thing as resting in peace.

Russ Griffin has always wanted to be a fantastic medium. Growing up in the town of St. Hilaire, where most residents make their living by speaking to the dead, means there's a lot of competition, and he's always held his own. But Russ knows the town he loves is corrupt, and he's determined to save it before the sinister ruling body, The Guild, ruins all he's ever wanted.

Willow Rogers is St. Hilaire royalty. An orphan, raised by The Guild, she's powerful and mysterious. But she has secrets that might change everyone's fate. She's done with St. Hilaire, done with helping spirits move on. She wants to end the cycle for good and rid the town of ghosts, even if that means destroying the only home she's ever known.

Asher Mullen lost his sister, and his parents can't get over her death. They sought answers in St. Hilaire and were turned away. Now they want revenge. Asher is tasked with infiltrating the town, and he does that by getting to know Russ. The only problem is, he might be falling for him, which will make betraying him that much harder.

Russ, Willow, and Asher all have their own agendas for St. Hilaire, but one thing's for certain, no one will be resting in peace.

Perfect for readers looking for:

Praise for Prelude for Lost Souls:

"Ghost story, love story, and mystery in equal measure, Helene Dunbar's Prelude for Lost Souls is filled with unforgettable characters who reveal the many ways a life can be haunted. Perfect for fans of The Raven Boys."—Lisa Maxwell, New York Times bestselling author of The Last Magician series

"Mesmerizing and haunting, Dunbar invites readers into a world of family secrets, anxious ghosts and a society's ruthless grasp for power that will leave you wanting more."—The Nerd Daily

"Fantastic elements layered in with poignant, human moments of grief make this ghost story a solid sequel. "— Bulletin of the Center for Children's Books (BCCB)

Helene Dunbar is the author of several novels for young adults including These Gentle Wounds, What Remains, Boomerang, We Are Lost and Found, and Prelude for Lost Souls. Over the years, she's worked as a drama critic, journalist, and marketing manager, and has written on topics as diverse as Irish music, court cases, and theater. She lives in Nashville with her husband and daughter. Visit her online at helenedunbar.com