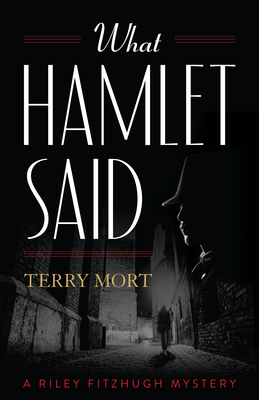 Hollywood in the Thirties: Nazi saboteurs, gangsters running gambling ships, British spies and diplomats, FBI agents, starlets looking for the big break, cheap hustlers on the fringes of the law, local cops-some are friends and some are adversaries, but all are involved somehow with Riley Fitzhugh, a private eye who's wondering whether the death of an English aristocrat really was an accident.

Terry Mort is a graduate of Princeton University and the University of Michigan, where he received an MA in English and began working on his PhD. After grad school, he served as an officer in the US Navy. Deployed to Southeast Asia, he saw a variety of action there. Mort has written four nonfiction histories that were extensively reviewed in the national press and widely praised. He has also written several novels, one of which, The Monet Murders (McBooks Press), introduces the character of Riley Fitzhugh, Hollywood private investigator.