The Real Cowboys & Aliens: UFO Encounters of the Old West 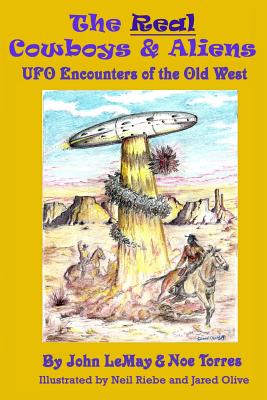 The Real Cowboys & Aliens: UFO Encounters of the Old West

When you first saw this book, you probably assumed it was fiction, right? Wrong As it turns out, America's Old West cowboys did encounter UFOs and also creatures that they believed were "aliens." This happened not in comic books and films but in real life. In this book, you will read actual eyewitness accounts describing strange objects seen in the skies, and, in some cases, the even stranger occupants of those UFOs Did you know that many years before the reported crash of a UFO near Roswell New Mexico, another weird object fell out of the sky in Aurora, Texas, in 1897? The citizens of Aurora said the dead pilot was "not of this world," and they buried him in the local cemetery, where he may still remain today. You will also learn about the flying alien monster of Crawfordsville, Indiana; the "underwater UFO" that electrocuted two men near Tacoma, Washington; a Bigfoot creature the local Native Americans said came to earth in a "small moon;" a UFO that exploded over a Texas cotton gin; and many other bizarre UFO encounters of the Old West.