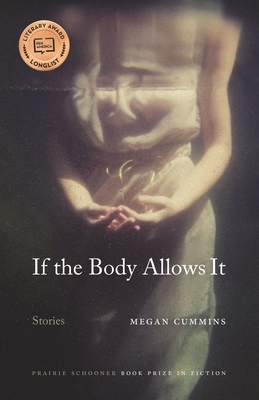 Winner of the Prairie Schooner Book Prize in Fiction, If the Body Allows It is divided into six parts and framed by the story of Marie, a woman in her thirties living in Newark, New Jersey. Suffering from a chronic autoimmune illness, she also struggles with guilt over the overdose and death of her father, whom she feels she betrayed at the end of his life. The stories within the frame—about failed marriages, places of isolation and protection, teenage mistakes, and forging a life in the aftermath—are the stories the narrator writes after she meets and falls in love with a man whose grief mirrors her own. If the Body Allows It explores illness and its aftermath, guilt and addiction, and the relationships the characters form after they’ve lost everyone else, including themselves.

Introspective, devastating, and funny, If the Body Allows It grapples with the idea that life is always on the brink of never being the same again.

Megan Cummins is the managing editor at A Public Space and A Public Space Books. Her work has been published in Ninth Letter, One Teen Story, Guernica, and Electric Literature.