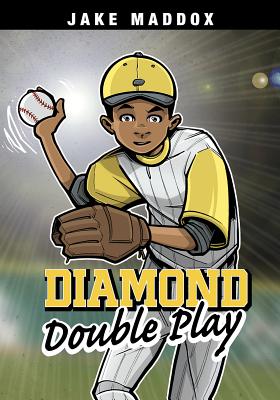 By  Jake Maddox , Illustrated By  Sean Tiffany
Paperback
$ 5.95
On Our Shelves Now

Blake Easton loves playing wiffle ball with his friends, so when they encourage him to try out for the local traveling baseball team, he decides to give it a shot. Blake has never played organized sports before, and the tryouts are tough, but he makes the team as a second-string player. When a key player on the team gets hurt during their first game of the season, the coach calls on Blake to step in. Can Blake perform under pressure? Will he be able to step up now that he has a chance to play when it counts?