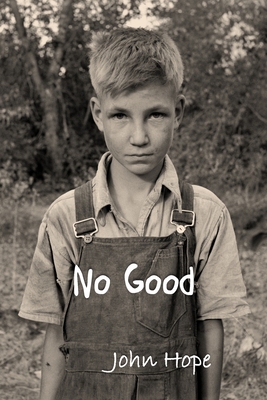 Twelve-year-old Johnny "No Good" Emmerstaff is an only child in a semi-rural section of Sanford, Florida in the late 1940s-until town snitch Tommy J drops in with the news that Johnny is getting a brother, an orphan named Josh. At first, Johnny doesn't know what to think of Josh. He's short, quiet, and he's butting into his life, sharing his bed, and eating his pancakes. But when Johnny's friend, Cully, picks on Josh, Johnny sticks up for him - his new brother.Soon after, Tommy J is found murdered, and the town forms a posse to track down the killer. The town's main suspect is an elderly Negro nicknamed Old Man Badeau, who all the kids in town think is bewitched. But Josh knows more about Old Man Badeau than anyone else. And when Johnny squeals the secret, Josh runs off with the killer still on the loose. Johnny must now track Josh down before it's too late. In the process, he discovers who he really is.Recipient of the Florida Writers Association's Royal Palm Literary Award, this heart-felt story brings to life a lost segment of American life when boys could be boys as they struggle to understand racial prejudice and how to see people for who they really are.

John Hope is an award-winning short story, children's book, and middle grade fiction writer. His work appears in science fiction/fantasy anthologies as well as a collection of the best of the Florida Writers Association. Mr. Hope, a native Floridian, loves to travel with his devoted wife and their two rambunctious kids and enjoys running. Read more at www.johnhopewriting.com.