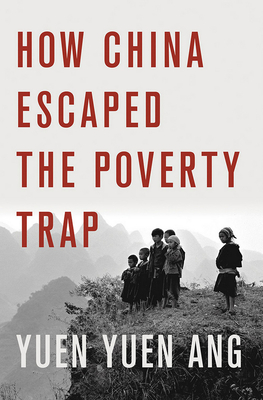 Before markets opened in 1978, China was an impoverished planned economy governed by a Maoist bureaucracy. In just three decades it evolved into the world's second-largest economy and is today guided by highly entrepreneurial bureaucrats. In How China Escaped the Poverty Trap, Yuen Yuen Ang explains this astonishing metamorphosis. Rather than insist that either strong institutions of good governance foster markets or that growth enables good governance, Ang lays out a new, dynamic framework for understanding development broadly. Successful development, she contends, is a coevolutionary process in which markets and governments mutually adapt.

How China Escaped the Poverty Trap offers the most complete synthesis to date of the numerous interacting forces that have shaped China's dramatic makeover and the problems it faces today. Looking beyond China, Ang also traces the coevolutionary sequence of development in late medieval Europe, antebellum United States, and contemporary Nigeria, and finds surprising parallels among these otherwise disparate cases. Indispensable to all who care about development, this groundbreaking book challenges the convention of linear thinking and points to an alternative path out of poverty traps.

Yuen Yuen Ang is an Andrew Carnegie Fellow and the inaugural recipient of the Theda Skocpol Prize for Emerging Scholar, awarded by the American Political Science Association.