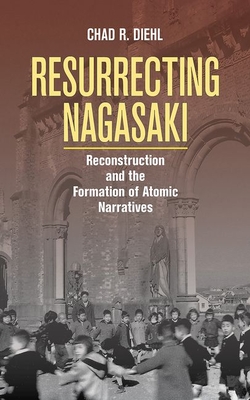 In Resurrecting Nagasaki, Chad R. Diehl explores the genesis of narratives surrounding the atomic bombing of August 9, 1945, by following the individuals and groups who contributed to the shaping of Nagasaki City's postwar identity. Municipal officials, survivor-activist groups, the Catholic community, and American occupation officials all interpreted the destruction and reconstruction of the city from different, sometimes disparate perspectives. Diehl's analysis reveals how these atomic narratives shaped both the way Nagasaki rebuilt and the ways in which popular discourse on the atomic bombings framed the city's experience for decades.

Chad R. Diehl is Assistant Professor of History at the University of Virginia. Follow him on Twitter @ProfDiehlLoyola.