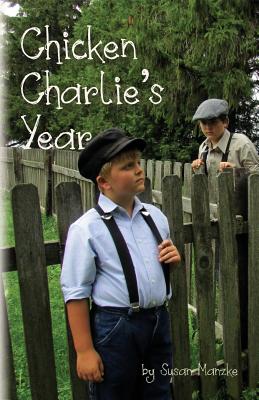 Ten-year-old Charlie Petkus isn't surprised to get scratchy wool underwear from Aunt Mutzi for Christmas 1932, but he is surprised that her gift package includes a diary. To his dismay, his Lithuanian-immigrant mother thinks a diary is the perfect present. "You man of family, Casimir," she says. "You learn to write the English like good American." Charlie wants more than anything to make Mama proud. But he's not sure education is the way to manhood, especially since he doesn't like school. With the Great Depression on, Charlie thinks it would be much manlier to quit the 4th grade and go to work like his friend Ray. From Christmas 1932 to Christmas 1933, Charlie finds plenty of fun and adventure in his ethnic neighborhood. He discovers that sledding on a car hood results in embarrassment and a very snowy bottom. He finds that a "dead" pheasant that isn't quite as dead as he thought can make a big mess in a Ford Model B. He learns that if you take a job harvesting onions before school, you get your feet filthy on just the day they make you take your shoes off to be weighed and measured-but you also earn a whole dime for your work. By night, Charlie writes in his diary to make Mama proud. But by day, he watches Ray, who now dresses like a man, smokes like a man, and earns a man's wage. Charlie wonders why his mama and sisters should live on cabbage soup and the occasional package of broken cookies while "the man of the family" sits in school writing a poem called "Spring is Here." The decision Charlie makes next will determine the course of his life and his understanding of what it really means to be a man.

Susan Manzke started out as a shy kid with a wild imagination. School was a challenge for her, but eventually she corralled her talents and pointed them towards writing, speaking, and a life with words. Her weekly column in the Wisconsin State Farmer and Seymour's Advertiser Community News began in 1980. Susan is the author of two Doubleday romance novels, Never Bring Her Roses and When the Spotlight Fades under her pen name Susan Marie.