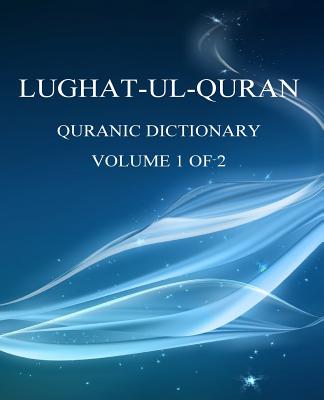 In order to understand the true message and spirit of the Holy Quran, it is essential to know the language it has been revealed in. The first step is to understand the meaning of individual words. One needs to understand how words were used by the ancient Arabs by the time of Quranic revelation, and not depend on anyone's explanation or understanding as to what they mean today. Along with proper understanding of Arabic grammar, the true meanings of Quranic words, and their use with respect to the context in which they have been revealed in, one student of Quran may get closer to the Truth. The task of creating a Quranic dictionary or encyclopedia that would explain the classical meanings of Quranic words and their use along with significance was undertaken by Allama Ghulam Ahmed Parwez in 1960, where he compiled Lughat-ul-Quran in Urdu language. Now this dictionary has been translated to English by Quranic Education Society in Norway, in order to appeal to a larger audience worldwide and to inspire modern Quranic students.

G.A. Parwez (1903-1985) was born in British India. The grandson of a Sufi master, Parwez possessed expert knowledge in the beliefs and practices of traditional Islam. Through his own independent study he came to understand that the Islam of today has little to do with the Islam presented in the Quran. His numerous titles bear testimony to a man who was open-minded, a rationalist in his approach, who genuinely cared about humanity, and above all, was absolutely committed to finding the Quranic Truth.