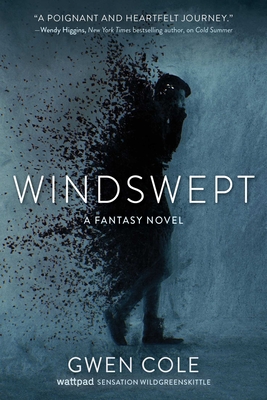 “A poignant and heartfelt journey.” —Wendy Higgins, New York Times bestselling author of the Sweet Evil series, on Cold Summer
Every day, Sam endures the same subway ride on her way to school, but when she meets a boy named Reid, suddenly her daily commute isn’t so ordinary. Reid has the ability to teleport—or, drift, as he calls it—and for the first time, Sam has the opportunity to travel anywhere without a passport or plane ticket.

But as their two worlds come together, Sam discovers her family had been keeping secrets from her, and meeting Reid was just the beginning of unraveling the truth. When drifters begin to disappear, Sam has no choice but to face the threat when she finds out her family is among the missing.

As Reid and Sam start their search for the missing drifters, help comes from the most unexpected of places. After a significant breakthrough, Reid is taken, and Sam finds herself alone in a world she knows nothing about. With the enemy closing in, she soon realizes she’s the only person who can save them all.

Gwen Cole is an award-winning author of Cold Summer and Ride On. She grew up in northern New York and, after moving to Virginia, she met her husband while playing in a hardcore band. When she’s not writing, you can find her playing Xbox, skiing in the winter, playing softball in the summer, and always watching too much Netflix. She now lives in Richmond, Virginia, with her family, always longing for colder winters.