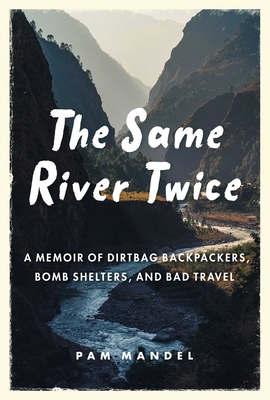 Acclaimed travel writer Pam Mandel's thrilling account of a life-defining journey from the California suburbs to Israel to the Himalayan peaks and back.

Given the choice, Pam Mandel would say no and stay home. It was getting her nowhere, so she decided to say yes. Yes to hard work and hitch-hiking, to mean boyfriends and dirty travel, to unfolding the map and walking to its edges. Yes to unknown countries, night shifts, language lessons, bad decisions, to anything to make her feel real, visible, alive.

A product of beige California suburbs, Mandel was overlooked and unexceptional. When her father ships her off on a youth group tour of Israel, he inadvertently catapults his seventeen-year-old daughter into a world of angry European backpackers, seize-the-day Israelis, and the fall out of cold war-era politics. Border violence hadn't been on the birthright tour agenda. But then neither had domestic violence, going broke, getting wasted, getting sick, or getting lost.

With no guidance and no particular plan, utterly unprepared for what lies ahead, Mandel says yes to everything and everyone, embarking on an adventure across three continents and thousands of miles, from a cold water London flat to rural Pakistan, from the Nile River Delta to the snowy peaks of Ladakh and finally, back home to California, determined to shape a life that is truly hers.
An extraordinary memoir of going away and growing up, The Same River Twice follows Mandel's tangled journey and shows how travel teaches and changes us, even while it helps us become exactly who we have been all along.

Pam Mandel launched her career as a travel writer with a blog; Nerd's Eye View. She's since had her stories published by AFAR, Lonely Planet, AAA, Seattle Met, Sunset, and across the web. She's been to all seven continents and is as surprised by that as anyone. She lives in Seattle, Washington, with a rescue dog named Harley and too many ukuleles.