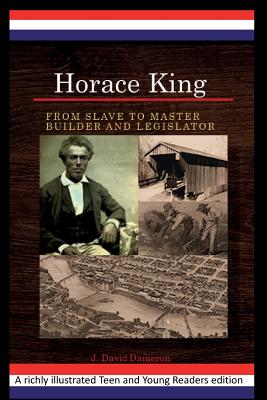 This teen and young reader book is a richly illustrated biography about Horace King. In 1807, King was born into slavery on a South Carolina plantation. A slave trader sold him to a man who saw something special in Horace King. His owner, John Godwin taught King to read and write as well as how to build at a time when it was illegal to teach slaves. King worked hard and despite bondage, racial prejudice and a multitude of obstacles, King focused his life on working hard and being a genuinely good man. King built bridges, warehouses, homes, churches, and most importantly, he bridged the depths of racism. Ultimately, dignity, respect and freedom were his rewards, as he transcended the color lines inherent in the Old South of the nineteenth century. Horace King became a highly accomplished Master Builder and he emerged from the Civil War as a legislator in the State of Alabama. Affectionately known as Horace "The Bridge Builder" King and the "Prince of Bridge Builders," he also served his community in many important civic capacities. How is it possible that this man achieved so much although he was born a slave? This is a true story of great achievement in spite of adversity. Today, Horace King's legacy is as powerfully symbolic as one of his sturdy bridges.