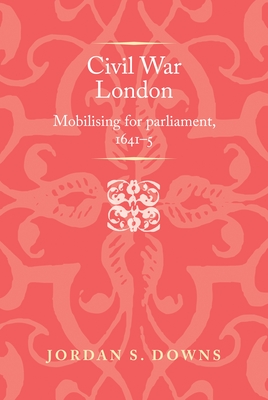 This book looks at London's provision of financial and military support for parliament's war against King Charles I. It explores for the first time a series of episodic, circumstantial and unique mobilisations that spanned from late 1641 to early 1645 and which ultimately led to the establishment of the New Model Army. Based on research from two-dozen archives, Civil war London charts the successes and failures of efforts to move London's vast resources and in the process poses a number of challenges to longstanding notions about the capital's 'parliamentarian' makeup. It reveals interactions between London's Corporation, parochial communities and livery companies, between preachers and parishioners and between agitators, propagandists and common people. Within these tangled webs of political engagement reside the untold stories of the movement of money and men, but also of parliament's eventual success in the English Civil War.

Jordan S. Downs is Lecturer in History at University of California, Riverside