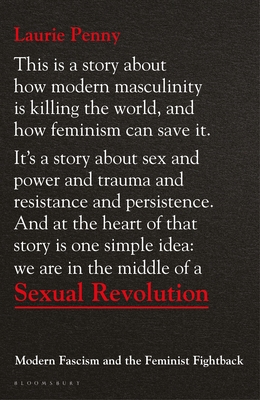 An urgent, hopeful, and unapologetically radical new book about consent, democracy, desire, and the future of sexual politics from award-winning writer Laurie Penny.

"I can't really think of another writer who so consistently and bravely keeps thinking and talking and learning and trying to make the world better." -Caitlin Moran

We are in the middle of a sexual revolution.

In our era of crisis, collapse, and reactionary tyrants, we are also witnessing a productive transformation: profound and permanent changes in how we define gender, sex, consent, and whose bodies matter. It's a time of creative disobedience, of reimagining ways of organizing care, reproduction, and the work of building and sustaining the human species. These changes threaten the social and economic certainties that form our world; they threaten existing power structures, and they undermine the authority of institutions from the waged workplace to the nuclear family. No wonder the far right is fighting so hard. A shakeup in sexual and gender relations is a shakeup in political, economic, and social life as well. The stakes could not be higher.

Based on Laurie Penny's celebrated, Ellie-award nominated Longreads series about rape culture, Sexual Revolution is the culmination of years of journalistic research, written for a broad audience, drawing on the work of Shulamith Firestone, Kimberlé Crenshaw, Silvia Federici, Wilhelm Reich and Michel Foucault. This is a hand grenade of a book, a manifesto of social change, and a story of how feminism can save the world.

Laurie Penny is an author, journalist and screenwriter from London. They are a culture writer for Wired magazine and have written for the Guardian, New Statesman, New York Times, Longreads, Time Magazine and many more. They are a graduate of the Nieman Foundation Fellows' programme at Harvard University and the Clarion West Writer's Workshop. Sexual Revolution is their ninth book.