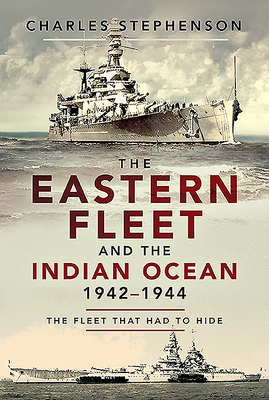 The story of the British Eastern Fleet, which operated in the Indian Ocean against Japan, has rarely been told. Although it was the largest fleet deployed by the Royal Navy prior to 1945 and played a vital part in the theater it was sent to protect, it has no place in the popular consciousness of the naval history of the Second World War. So Charles Stephenson's deeply researched and absorbing narrative gives this forgotten fleet the recognition it deserves.

British prewar naval planning for the Far East is part of the story, as is the disastrous loss of the battleship Prince of Wales and battlecruiser Repulse in 1941, but the body of the book focuses on the new fleet, commanded by Admiral Sir James Somerville, and its operations against the Japanese navy and aircraft as well as Japanese and German submarines. Later in the war, once the fleet had been reinforced with an American aircraft carrier, it was strong enough to take more aggressive actions against the Japanese, and these are described in vivid detail.

Charles Stephenson's authoritative study should appeal to readers who have a special interest in the war with Japan, in naval history more generally and Royal Navy in particular.