Cromwell Against the Scots: The Last Anglo-Scottish War 1650-1652 (Revised Edition) 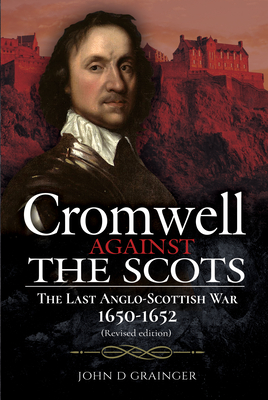 Cromwell Against the Scots: The Last Anglo-Scottish War 1650-1652 (Revised Edition)

Although also known as the Third English Civil War, the author makes it clear that this was the last war between the Scots and English as separate states. He narrates in detail the the events following the exiled King Charles II's landing in Scotland and his alliance with the Scots Covenanters, erstwhile allies of the English Parliamentarians.

Cromwell's preemptive invasion of Scotland led to the Battle of Dunbar, a crushing defeat for the Scots under David Leslie, though this only unified the Scottish cause and led to the levying of the Army of the Kingdom under Charles II himself. Charles II led a desperate counter-invasion over the border, hoping to raise a royalist rebellion and forcing Cromwell to follow him, though he left Monck to complete the pacification of Scotland.

Cromwell caught up with Charles II at Worcester, where the Scots/Royalist army was decisively defeated and destroyed, thousands of the prisoners being sold into slavery in the West Indies and the American colonies.

This revised and updated edition contains an expanded chapter on the aftermath of the war and the fate of the POWs, drawing on major new archaeological evidence, as well as an expanded Conclusion.