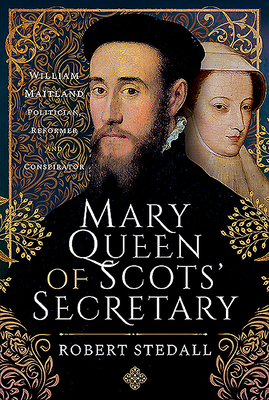 Maitland was the most able politician and diplomat during the lifetime of Mary Queen of Scots. It was he who masterminded the Scottish Reformation by breaking the 'Auld Alliance' with France, which presaged Scotland's lasting union with England.

Although he gained English support to defeat French troops defending Mary's Scottish throne, he backed her return to Scotland, as the widowed Queen of France. His attempts to gain recognition for her as heir to the English crown were thwarted by her determined adherence to Catholicism.

After her remarriage, he spearheaded the plotting to bring down her objectionable husband, Lord Darnley, leading to his murder, after concluding that English and Scottish interests were best served by creating a Protestant regency for their son, Prince James. With encouragement from Cecil in England and the Protestant Lords in Scotland, he concocted evidence to implicate her in her husband's murder, resulting in her imprisonment and deposition from the Scottish throne.

Despite her escape to England, he remained personally loyal to her and attempted to conjure Scottish support for her restoration by backing her allies holding Edinburgh Castle on her behalf. When it fell in 1573, he resorted to suicide.