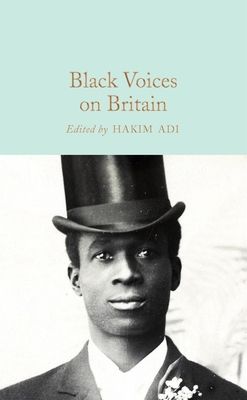 A compelling anthology of Black voices from England, America, Africa and the Caribbean, from people who lived, worked, campaigned and travelled in Britain from the eighteenth to the early twentieth century.

Part of the Macmillan Collector’s Library; a series of stunning, clothbound, pocket sized classics with gold foiled edges and ribbon markers. These beautiful books make perfect gifts or a treat for any book lover.

Professor Hakim Adi draws on a variety of published works, all of which describe powerful experiences: James Gronniosaw and his family endure poverty, illness and unemployment; Mary Prince is driven out by her cruel owners and turns to London charities for help; Frederick Douglass, on a lecture tour around Britain, reveals how the Christian clergy built churches with slave-owners’ money; and William Wells Brown gives his impressions of England as he travels around a country which welcomes him more readily than America. These and other voices offer a fascinating and thought-provoking portrayal of Black experiences in Britain.