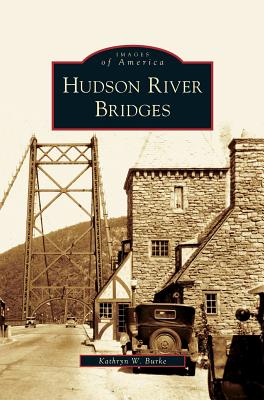 By  Kathryn W. Burke
Hardcover
$ 31.99
Out of Stock In Store (Available to Order)

The Hudson River Valley, an invaluable connection between New England and the rest of the colonies during the American Revolution, continues to be a major crossroads today. The Hudson River bridges were architectural marvels of their time. The Bear Mountain Bridge was the longest suspension bridge, while the Newburgh Beacon second span was built with a new type of weathering steel. The bridges were constructed during important times in history. The Bear Mountain Bridge was built as the automobile became an integral part in the country's development, and the Mid-Hudson Bridge was built during the Depression. Labor disputes helped develop labor laws, and world wars led to changes in activity on the bridges. Through historical photographs from sources including the New York State Bridge Authority and the Port Authority of New York and New Jersey, Hudson River Bridges documents how these structures remain beautiful testaments to cooperative efforts during trying times in America's history.