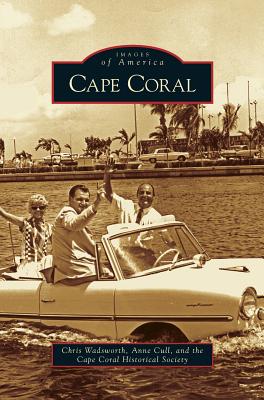 By  Chris Wadsworth , Anne Cull , Cape Coral Historical Society
Hardcover
$ 32.99
Out of Stock In Store (Click to Order)
This item may not be available to order. Please call 617-566-6660 for more information.

Many are surprised to discover that Cape Coral's history dates back further than the boom of the 1960s. Indeed, homesteader families were living a rough-and-tumble life in the Cape's wilderness for much of the 20th century. Still, there is no denying that the city took a turn with the arrival of Jack and Leonard Rosen in 1957. These visionaries brought their Gulf American Land Corporation to Southwest Florida and built a modern city from scratch. Model homes, roads galore, an airport, a police force, the Cape Coral Country Club, the Nautilus Motel, and the famous Rose Gardens-all rising out of the woods on the north shore of the Caloosahatchee River. Hundreds of miles of canals were dug so that nearly every home was on or near the water. Hollywood celebrities turned out to promote properties to Northerners looking for the good life in sunny Florida. It was one of the largest planned developments ever in the United States-and it was a rousing success.