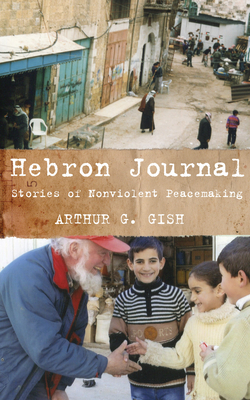 Art Gish records a moving story of the turmoil and suffering of the Palestinian people, the agony experienced by Israelis, and a vision of hope and new possibilities of reconciliation between Jews, Muslims, and Christians. From 1995 to 2001, Art Gish experiences living with Muslim families, engaging in nonviolent actions with Israelis and Palestinians, and struggling to find creative responses to injustice. Selected excerpts from his journal tell of the Christian Peacemaker Teams (CPT) work and give us a vision of how small peacemaking groups can make a difference in violent conflicts. ""Art Gish's testimonies are characterized by honesty and veracity, providing a firsthand description of a harsh situation. I hope his work can be an eye-opener for those who have been misled."" --Khalid Amayreh, Journalist and Islamist leader ""As an Israeli Jewish rabbi, it seems to me that the work of Art Gish and his fellow Christian Peacemakers is today's real-life application of In His Steps."" --Arik W. Ascherman, Executive Director, Rabbis for Human Rights Arthur G. Gish (1939-2010) was active in peace and social justice work for over fifty years, beginning with work as a conscientious objector with Brethren Volunteer Service in Europe (1958-60). He participated in the Civil Rights Movement in the 1960s, and has opposed US involvement in every war since his youth. Born and raised on a farm in Lancaster County, Pennsylvania, Gish was reared in the Church of the Brethren. For thirty-six years, until his death in a tragic farm accident in 2010, he and his wife, Peggy Faw Gish, were members of New Covenant Fellowship, a communal farm near Athens, Ohio. Gish began working with the Christian Peacemaker Teams in the occupied West Bank in 1995, out of which this book took shape. Gish is also the author of The New Left and Christian Radicalism, Beyond the Rat Race, Living in Christian Community, At Tuwani Journal: Hope & Nonviolent Action in a Palestinian Village, and Muslim, Christian, Jew: The Oneness of God and the Unity of Our Faith, a Personal Journey in the Three Abrahamic Religions.