Queen of the Tiles 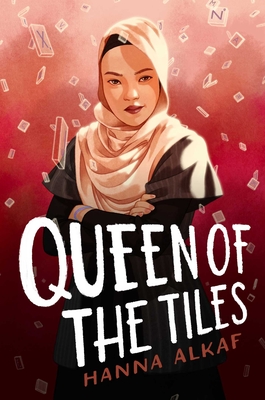 Queen of the Tiles

They Wish They Were Us meets The Queen’s Gambit in this “stunning…unforgettable” (Publishers Weekly) thriller set in the world of competitive Scrabble, where a teen girl is forced to investigate the mysterious death of her best friend when her Instagram comes back to life with cryptic posts and messages.

CATALYST
13 points
noun: a substance that speeds up a reaction without itself changing

When Najwa Bakri walks into her first Scrabble competition since her best friend’s death, it’s with the intention to heal and move on with her life. Perhaps it wasn’t the best idea to choose the very same competition where said best friend, Trina Low, died. It seems that even though Najwa is trying to change, she’s not ready to give up Trina just yet.

But the same can’t be said for all the other competitors. With Trina, the Scrabble Queen herself, gone, the throne is empty, and her friends are eager to be the next reigning champion. All’s fair in love and Scrabble, but all bets are off when Trina’s formerly inactive Instagram starts posting again, with cryptic messages suggesting that maybe Trina’s death wasn’t as straightforward as everyone thought. And maybe someone at the competition had something to do with it.

As secrets are revealed and the true colors of her friends are shown, it’s up to Najwa to find out who’s behind these mysterious posts—not just to save Trina’s memory, but to save herself.

Hanna Alkaf is the author of The Weight of Our Sky, Queen of the Tiles, The Girl and The Ghost, and Hamra and the Jungle of Memories, as well as coeditor of the young adult anthology The Grimoire of Grave Fates. She graduated with a degree in journalism from Northwestern University and has spent most of her life working with words, both in fiction and nonfiction. She lives in Kuala Lumpur with her family.