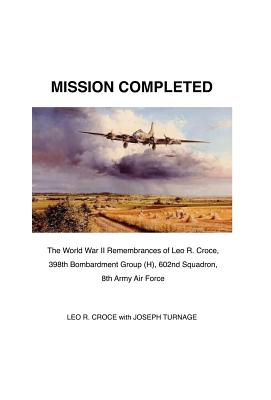 Leo Croce has had many missions in his life, and has accomplished them all with grace and valor. This book is his true story. We will follow Leo's journey from the young man who grew up in an historic Oakland, California neighborhood to the courageous World War II flyer who helped defeat Nazi Germany as the co-pilot of a B-17 Flying Fortress crew. A proud member of America's Greatest Generation, Leo survived 35 missions over enemy territory as a warrior in the greatest conflict of the 20th century. Like so many other men and women in the 1940's, when our nation was in peril he answered the call of duty.