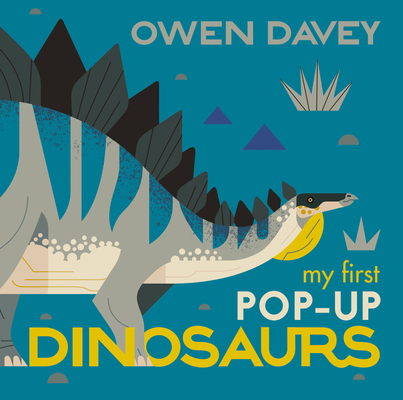 Watch long-extinct creatures spring to life in a striking first pop-up book for budding paleontologists. Showcased are fifteen dinosaurs and prehistoric reptiles, from Ankylosaurus to Velociraptor, each one accompanied by its name and pronunciation. At once simple and sophisticated, Owen Davey’s striking pop-ups, with their geometric patterns of spiky scales, dramatic splotches, and dotted feathers, are sure to mesmerize dinosaur aficionados of all ages.

Owen Davey is the author-illustrator of Laika: Astronaut Dog and Night Knight, among several other books for children. He is also the primary illustrator of the popular iPhone game Two Dots. Twice nominated for a Kate Greenaway Medal, he lives in England.