Pure Narco: One Man's True Story of 25 Years Inside the Cartels 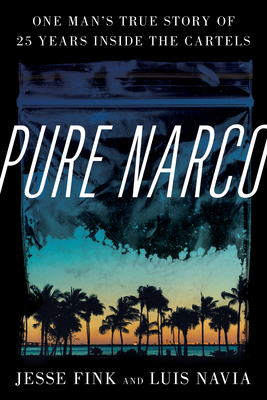 Pure Narco: One Man's True Story of 25 Years Inside the Cartels

Jesse Fink worked for two decades as a journalist, editor and columnist but is best known as the author of two internationally bestselling biographies, Bon: The Last Highway and The Youngs: The Brothers Who Built AC/DC. Fink's books collectively have been translated into 13 languages and released in over 20 countries. He lives in Sydney, Australia. Luis Navia worked for nearly 25 years as a cocaine trafficker for the deadliest Colombian and Mexican cartels until he was arrested in the multinational sting Operation Journey in 2000. He was released in 2005 and began a new career in construction. Today he also runs his own consulting business for private clients and liaises with the US Government in matters related to antinarcotics law enforcement. He lives in Miami, Florida.