The Truth as Told by Mason Buttle 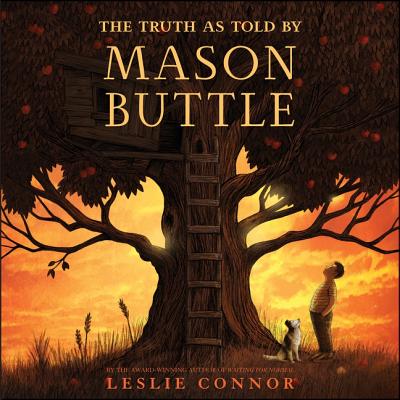 The Truth as Told by Mason Buttle

From the critically acclaimed author of Waiting for Normal and All Rise for the Honorable Perry T. Cook, Leslie Connor, comes a deeply poignant and beautifully crafted story about self-reliance, redemption, and hope.

Mason Buttle is the biggest, sweatiest kid in his grade, and everyone knows he can barely read or write. Mason's learning disabilities are compounded by grief. Fifteen months ago, Mason's best friend, Benny Kilmartin, turned up dead in the Buttle family's orchard. An investigation drags on, and Mason, honest as the day is long, can't understand why Lieutenant Baird won't believe the story Mason has told about that day.

Both Mason and his new friend, tiny Calvin Chumsky, are relentlessly bullied by the other boys in their neighborhood, so they create an underground club space for themselves. When Calvin goes missing, Mason finds himself in trouble again. He's desperate to figure out what happened to Calvin, and eventually, Benny.

But will anyone believe him?