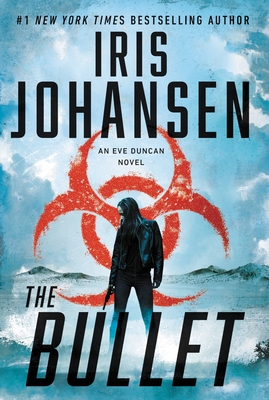 By  Iris Johansen
Hardcover
$ 28.00
Out of Stock In Store (Available to Order)

Eve Duncan and Joe Quinn must protect the life of a brilliant scientist so that she can live long enough to bring her discovery to the world, in this fast-paced thriller from #1 New York Times bestselling author Iris Johansen.

Diane Connors is a dedicated doctor with the world’s biggest secret, a discovery that could have shocking global ramifications.  But while conducting private research trials, word has gotten out. The wrong people have heard the news and now want to hide Diane’s achievement for their own ends.

With nowhere else to turn, Diane finds herself on the doorstep of the last man she wants to ask for help: her ex-husband, Joe Quinn. Joe has remarried, and he and his wife, Eve Duncan, seem blissfully happy in their quiet, rural life until they are faced with the challenge of risking it all—even their marriage itself—for the greater good …

Now Eve is trapped in a web of murder and deceit as powerful enemies rush to cover up the truth, determined that Diane’s discovery goes with her to the grave—even if Eve and Joe get buried with her.

Iris Johansen is the #1 New York Times bestselling author of more than thirty consecutive bestsellers. Her series featuring forensic sculptor Eve Duncan has sold over twenty million copies and counting and was the subject of the acclaimed Lifetime movie The Killing Game. Along with her son, Roy, Iris has also co-authored the New York Times bestselling series featuring investigator Kendra Michaels. Johansen lives near Atlanta, Georgia.