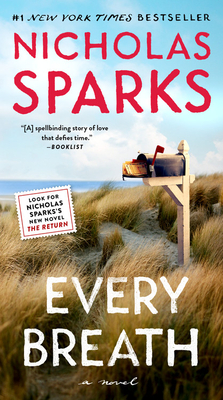 By  Nicholas Sparks
Mass Market
$ 9.99
Out of Stock In Store (Available to Order)

Treat yourself to an epic #1 New York Times bestselling love story that spans decades and continents as two people at a crossroads -- one from North Carolina and one from Zimbabwe -- experience the transcendence and heartbreak of true love.
Hope Anderson has some important choices to make. At thirty-six, she's been dating her boyfriend, an orthopedic surgeon, for six years. With no wedding plans in sight, and her father recently diagnosed with ALS, she decides to use a week at her family's cottage in Sunset Beach, North Carolina, to ready the house for sale and mull over some difficult decisions about her future.
Tru Walls has never visited North Carolina but is summoned to Sunset Beach by a letter from a man claiming to be his father. A safari guide, born and raised in Zimbabwe, Tru hopes to unravel some of the mysteries surrounding his mother's early life and recapture memories lost with her death. When the two strangers cross paths, their connection is as electric as it is unfathomable . . . but in the immersive days that follow, their feelings for each other will give way to choices that pit family duty against personal happiness in devastating ways.
Illuminating heartbreaking regrets and enduring hope, Every Breath explores the many facets of love that lay claim to our deepest loyalties while asking a life-changing question: How long can a dream survive?

With over 100 million copies of his books sold, Nicholas Sparks is one of the world's most beloved storytellers. His novels include sixteen #1 New York Times bestsellers, and all of his books, including Three Weeks with My Brother, the memoir he wrote with his brother, Micah, have been New York Times and international bestsellers, and were translated into more than fifty languages. Eleven of Nicholas Sparks's novels -- The Choice, The Longest Ride, The Best of Me, Safe Haven, The Lucky One, The Last Song, Dear John, Nights in Rodanthe, The Notebook, A Walk to Remember, and Message in a Bottle -- have been adapted into major motion pictures.