Two Old Men and a Baby: Or, How Hendrik and Evert Get Themselves into a Jam (Hendrik Groen #3) 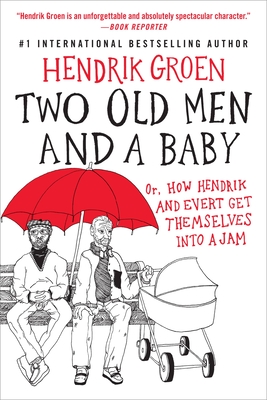 Two Old Men and a Baby: Or, How Hendrik and Evert Get Themselves into a Jam (Hendrik Groen #3)

By  Hendrik Groen , Translated by  Hester Velmans
Paperback
$ 16.99
Out of Stock In Store (Available to Order)

Nine years before the events of the #1 international bestseller The Secret Diary of Hendrik Groen, 83 ¼ Years Old, Hendrik and his best friend Evert embark on a madcap adventure—with an unexpected guest.

Hendrik Groen and Evert Duiker, faithful friends in good and bad times, are well over seventy and their lives have quieted down. They see each other once a week to play chess, have a drink, and grab a bite to eat while reflecting on life.

But one day, their peace is rudely disturbed when Evert shows up on Hendrik's doorstep with a surprise in the form of an unexpected little guest. He had spotted a stroller with a baby in it—unattended for just a minute—and, in a moment of utter madness, decided to take it for a walk. Hilarious, right? Not to Hendrik, who can barely believe his friend's stupidity.

After Evert regains recovers from his momentary lapse of sanity, the two seventy-year-olds resolve to return their charge to its parents—hopefully without being noticed. But the quiet neighborhood is now swarmed by bumbling police officers, and they realize that getting rid of their accidental foster child will be more difficult than expected . . .

Hendrik Groen started his pseudonymous diary on the literary website of Torpedo Magazine. He says about his first novel: "There's not one sentence that's a lie, but not every word is true." The Secret Diary of Hendrik Groen has been translated into over twenty languages.