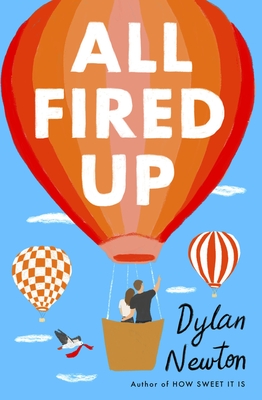 After one wild night together, two complete opposites plan to stay firmly in the friend zone, but life has other plans in this delightful romantic comedy, perfect for fans of Emily Henry and Abby Jimenez.

As a successful book publicist, Imani Lewis works night and day to promote her authors.  It’s her dream job, but she’s become a total workaholic. So when her grandmother invites her to stay for the summer as she recovers from surgery, Imani happily agrees. But being back in the same small town as her one-night stand may not be quite the relaxing break she envisioned…

Zander Matthews wakes up every day determined to enjoy the present because he knows from his time in the Marines that tomorrow isn’t guaranteed. But he’s never gotten over the beautiful woman who blew through town a year ago, then disappeared. And he doesn’t want to be hurt again. So they agree to a deal: he’ll help Imani fix up her grandmother’s house as long as they stay firmly in the friend zone.

Whether it’s repairing tiles in his ceramics studio, dodging nosy neighbors, or soothing the most obnoxious parrot ever, Zander never fails to make Imani laugh. And soon their friendly banter is turning ever flirtier. But since Imani’s stay is temporary and Zander can’t be tied to anything beyond the most tenuous plans, will she be able to handle it when things get all fired up?

"All Fired Up is a delightful second chance, opposites attract, small-town romantic comedy [that] would be perfect for fans of the Bergman Brothers series by Chloe Liese, the Brown Sisters trilogy by Talia Hibbert, the Hot and Hammered trilogy by Tessa Bailey, and the Written in the Stars trilogy by Alexandria Bellefleur." --The Nerd Daily

Dylan Newton was born and raised in a small town where the library was her favorite hang-out. After over a decade working in corporate America, Dylan quit to pursue her passion: writing books. When she isn't writing, Dylan is pursuing her own happily ever after with her high school sweetheart as they split time between Florida and Upstate New York with their two much cooler daughters and a tone-deaf cockatiel.

Check her out at: