The Secret Life of Kitty Granger 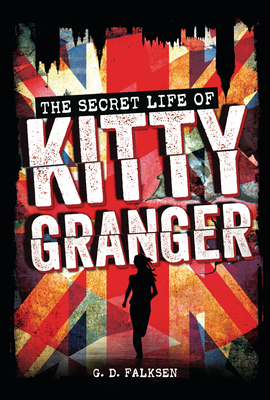 The Secret Life of Kitty Granger

Sixteen-year-old Kitty Granger has always known that others consider her peculiar. She hates noise and crowds, tends to fixate on patterns, and often feels acutely aware of her surroundings even as she struggles to interpret the behavior of people around her. As a working-class girl in London's East End, she's spent her whole life learning to hide these traits. Until the day when she notices the mysterious man on the bus and finds herself following him, driven to know why he seems so out of place...only to accidentally uncover the location of a Russian spy ring.

When Kitty's keen observation and quick thinking help her survive a dangerous encounter, two secret agents working for Her Majesty's government offer her a job in their espionage operation.

Kitty's first mission pits her against a conspiracy led by a prominent politician―who's also a secret fascist. With help from an unusual team of fellow spies, Kitty must use her wits, training, and instincts to get out alive. And she might as well save the country while she's at it.