No Man's Land: The Trailblazing Women Who Ran Britain's Most Extraordinary Military Hospital During World War I 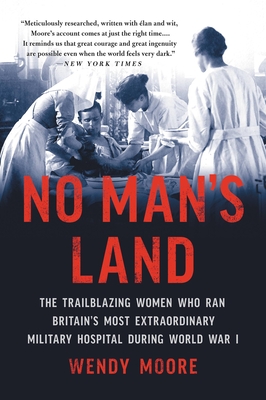 No Man's Land: The Trailblazing Women Who Ran Britain's Most Extraordinary Military Hospital During World War I

The "absorbing and powerful" (Wall Street Journal) story of two pioneering suffragette doctors who shattered social expectations and transformed modern medicine during World War I. A month after war broke out in 1914, doctors Flora Murray and Louisa Garrett Anderson set out for Paris, where they opened a hospital in a luxury hotel and treated hundreds of casualties plucked from France’s battlefields. Although prior to the First World War, female doctors were restricted to treating women and children, Murray and Anderson’s work was so successful that the British Army asked them to run a hospital in the heart of London. Nicknamed the Suffragettes’ Hospital and staffed from top to bottom by women, Endell Street soon became known for its lifesaving treatments and lively atmosphere.

In No Man’s Land, Wendy Moore illuminates this turbulent moment of global war when women were, for the first time, allowed to operate on men. Their fortitude and brilliance serve as powerful reminders of what women can achieve against all odds.

Wendy Moore is a journalist and author of several previous books, including How to Create the Perfect Wife and Wedlock, a Sunday Times bestseller. Her writing has appeared in the Times, the Guardian, the Observer, and the Sunday Telegraph. She lives in London.