The End of Trauma: How the New Science of Resilience Is Changing How We Think About PTSD 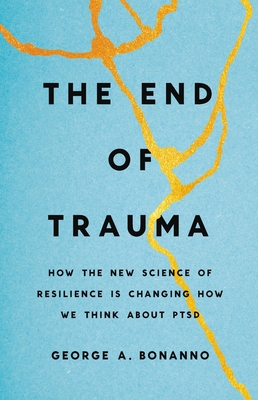 The End of Trauma: How the New Science of Resilience Is Changing How We Think About PTSD

After 9/11, mental health professionals flocked to New York to handle what everyone assumed would be a flood of trauma cases. Oddly, the flood never came.

In The End of Trauma, pioneering psychologist George A. Bonanno argues that we failed to predict the psychological response to 9/11 because most of what we understand about trauma is wrong. For starters, it’s not nearly as common as we think. In fact, people are overwhelmingly resilient to adversity. What we often interpret as PTSD are signs of a natural process of learning how to deal with a specific situation. We can cope far more effectively if we understand how this process works. Drawing on four decades of research, Bonanno explains what makes us resilient, why we sometimes aren’t, and how we can better handle traumatic stress.

Hopeful and humane, The End of Trauma overturns everything we thought we knew about how people respond to hardship.

George A. Bonanno is professor of clinical psychology and director of the Loss, Trauma, and Emotion Lab at Teachers College, Columbia University. Bonanno pioneered the idea of resilience in the study of loss and trauma, and developed a theory of grief that is now the standard paradigm among clinical psychologists. His research has been covered by the New York Times, the Wall Street Journal, The New Yorker, Scientific American, The Atlantic, The Los Angeles Times, Rolling Stone, NPR, CBS, ABC, CNN, and in many places elsewhere. The author of The Other Side of Sadness, he lives with his family in New York.