For Brown Girls with Sharp Edges and Tender Hearts: A Love Letter to Women of Color 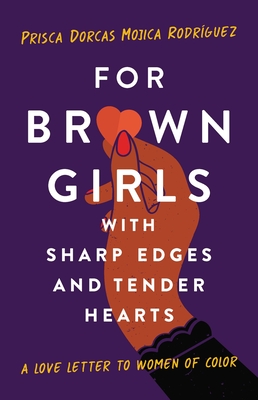 For Brown Girls with Sharp Edges and Tender Hearts: A Love Letter to Women of Color

By  Prisca Dorcas Mojica Rodríguez
Hardcover
$ 28.00
Out of Stock In Store

For generations, Brown girls have had to push against powerful forces of sexism, racism, and classism, often feeling alone in the struggle. By founding Latina Rebels, Prisca Dorcas Mojica Rodríguez has created a community to help women fight together. In For Brown Girls with Sharp Edges and Tender Hearts, she offers wisdom and a liberating path forward for all women of color. She crafts powerful ways to address the challenges Brown girls face, from imposter syndrome to colorism. She empowers women to decolonize their worldview, and defy “universal” white narratives, by telling their own stories. Her book guides women of color toward a sense of pride and sisterhood and offers essential tools to energize a movement.

May it spark a fire within you.

Prisca Dorcas Mojica Rodríguez is a writer and activist working to shift the national conversation on race. She is the founder of Latina Rebels, which boasts over 350,000 followers across social media platforms, and she has appeared on NPR, Teen Vogue, Cosmopolitan, Huffington Post Latino Voices, Telemundo, and Univision. She was invited to the Obama White House in 2016 and has spoken at over 100 universities in the past three years, including Princeton, Dartmouth, and Wesleyan. She earned her Masters of Divinity from Vanderbilt University and lives in Nashville, Tennessee.